Jaryd has finally come home from his mission, which has been bittersweet. It has been odd not worrying about getting packages ready each month to send out to him. While I will miss putting these packages together with the family, it is nice to not have to come up with new and exciting ideas! We were able to go out and pick him up and spend some time in Washington D.C. It was a great trip! 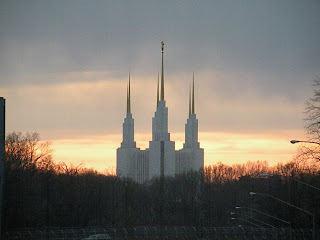 We were driving towards our hotel after finally landing in D.C. and we were greeted with this beautiful temple.  What a perfect beginning to our vacation! 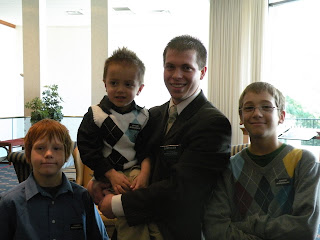 Everyone was so excited to finally see Jaryd.  It was like my boys couldn't get enough of him.  Jaryd had either Breydon or Connor glued to his side the entire 5 days we were out there. 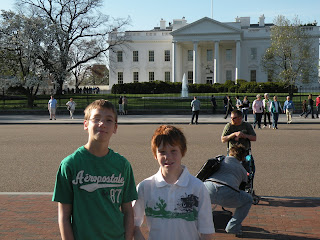 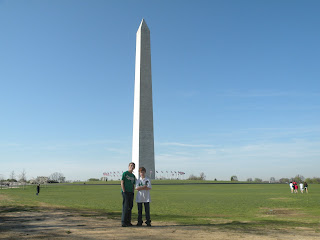 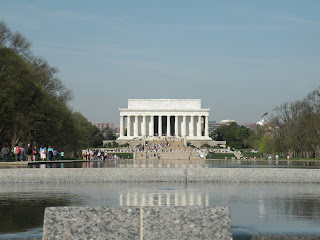 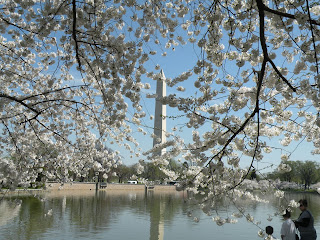 The Cherry Blossom Trees were gorgeous. They were everywhere and I really couldn't get enough of them! 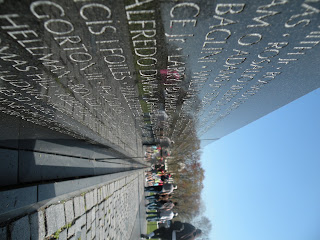 I can't get this picture to turn sideways..but it was at the Vietnam Memorial.  Each memorial gave me such a peaceful feeling. I am so grateful to these men and women and was touched by how many names were written on the walls. 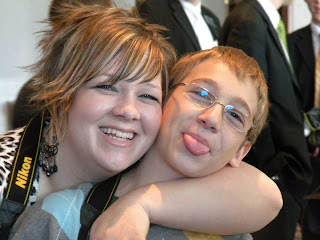 One of my favorite pictures of the entire trip! 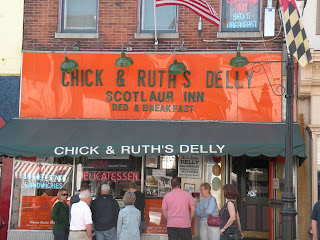 The boys watched an episode of "Man vs. Food" and this diner was on it.  It was in Annapolis (which was by far my favorite place we visited during our vacation!)  They were so happy to have eaten here! 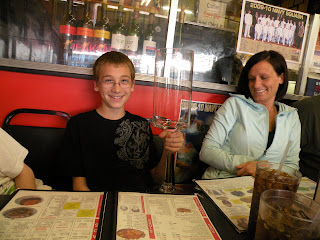 Breydon REALLY wanted to order this 6 pound glass full of vanilla shake.  It was $17 just for the shake!  If you drink this whole shake, a huge pastrami burger that weighed something like 2-3 pounds and a huge order of fries in under an hour then you could win a free shirt!  He really thought he could do it, and if we didn't have so much walking to do after lunch I might have let him try, but I knew he would make himself sick and miserable, so unfortunately he did not get to try. 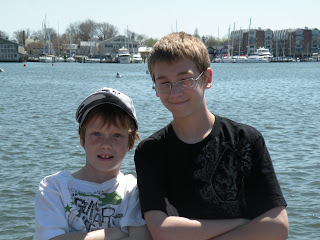 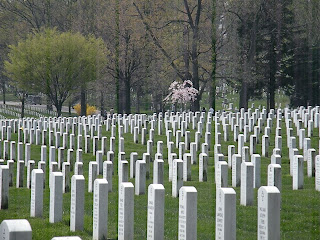 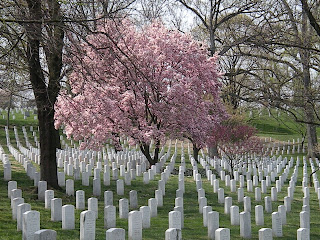 It was so stunning here.  There were thousands and thousands of tombs. 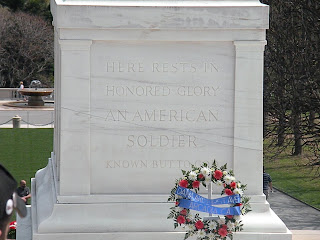 The tomb of the unknown soldier.  We watched the changing of the guard, which happens each hour.  It is amazing to me to realize that 24/7 a soldier marches back and forth in front of this grave in order to honor the unknown soldier.  No matter the time of day or the weather, someone is honoring this soldier. 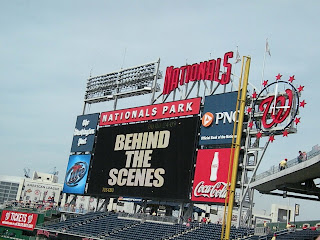 Being part of the Olsen family means we get a sporting event in as often as possible. So obviously we went to a baseball game!  It was pretty fun and such great weather.  We took the Metro into D.C. this day and it was pretty hectic.  The Metro line that runs to the Pentagon was shut down due to some police activity so after the game it was VERY scary.  People were yelling at each other and we were packed like sardines on the train....not fun! 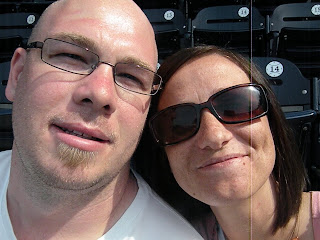 Me and Ry at the game. 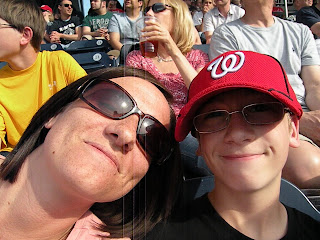 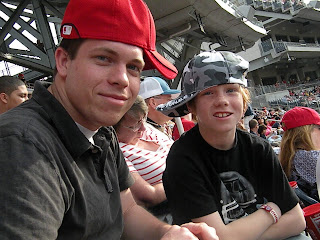 Silly boys!
Not too long ago I called Connor to come home for dinner and of course he was super upset to have to come in from outside. Come to find out he had been going door-to-door selling books from his room that he no longer reads. He and his friend Mia were selling their old books for nickels in order to go to Nickelcade. I cannot imagine what the neighbors were thinking when they opened their door to these two kids selling their used books for a nickel! They both came home so excited that they had made $3 or $4 and were able to go play the games at Nickelcade. When I think of this it just makes me smile…even though we are now missing many books it is a memory he and Mia will remember when they are older and I am sure they will laugh about how silly they were.

Connor is also having the missionary discussions and preparing to be baptized in a few weeks. It is fun to see him get excited about something. He is not one to show too much emotion in front of others and every once in a while he forgets himself and gets pretty excited in front of the missionaries. He is such a sweet child and I am so proud of him for making this decision all on his own. Connor turned 8 while Jaryd was on his mission and refused to be baptized until Jaryd came home. He is so close to his uncle and did not want any other person to baptize him. Connor knows exactly what he wants and will always fight to get it.

Breydon's soccer season has come to an end and so he is able to relax a little more. He has recently started scouts and has really enjoyed it. In fact this Wednesday they are going out flying which he is extremely excited for. I am glad to see him participating in more extracurricular activities, he is one to hang around the house a lot, which I don't mind at all, but I do want him to spend some time out of the house…not just with friends!

That is about it for now...School is coming to an end which means me and the boys have the entire summer to hang out.  My last day of work is Friday and then I am officially jobless until I graduate from Weber State in December.  I cannot believe that graduation is so close...now I just have to get through student teaching and I am finished!!

The Olsens
Ryan and I met during high school. We started dating in December '96 and have been together ever since. It has been almost 11 years. I can't even believe how quickly the time has passed. We are lucky to have our two boys: Breydon who is 10, and Connor who is 8. They are the center of our universe, and we can't imagine life without them.